What is the difference between Micro Blading and Tattoos 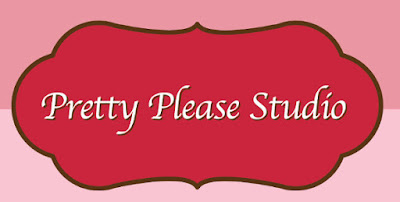 What is the difference between Micro Blading and other Permanent Makeup modalities.

Microblading is a tool that is popular with the newer generation of permanent makeup artists.  The marketing of Microblading has dominated our industry in the past 2 to 3 years.

Microblade is a hand held tool where the series of needles are configured tightly to form a "blade" or a "knife".  The artist uses the "blade" to cut "hair like" incisions into the skin.  The pigment is then smeared into the cuts.  The width of the blade is extremely narrow so that the artist can create an illusion of eyebrow hairs.

Immediately after the procedure, you will see the individual hair like stokes for about a week.  However, when your skin repairs itself, the treated area secretes sebum which then dries into a scab.  The appearance of individual strokes are not as apparent.  Most Micro Blading healed brows look solid in color, due to the closeness of the strokes.

Softap is another manual hand held tool (non electric) where the needles are placed in a linear configuration.  It looks like a microblade tool, but the method of entering the skin is different.  The needles are not as tightly bounded as a Micro Blade.  The artist uses an up and down motion to insert needles and pigment into the skin simultaneously.  It is not a cutting motion, but rather a poking motion.  You can achieve beautiful hairstrokes with light shading to cover in between strokes.  The hairstrokes are set further apart than microblading.  The trauma to the skin is also arguably less than microblading.

Popular posts from this blog

October 27, 2017
Common question asked by Permanent Makeup Artist when performing lip procedures..."Have you ever had cold sores or fever blisters?"  On average, 1 in 3 clients will answer "Yes".  Cold sores are highly contagious and is transferable to others. Cold sores or fever blisters pop up on the lips or surrounding skin around the lips.  You may feel a tingling sensation around the mouth.  They are clusters of sores, red in color, and secrete a clear fluid.  They are caused by the herpes simplex virus (HSV-1).  HSV carriers have periodic outbreak due to fatigue, stress, compromise to their immune system, over exposure to sun/wind, or  trauma to the lips or mouth area.  Upon outbreak, average duration of time to heal is 2 weeks.  During outbreaks, it is highly contagious to others.   May transfer to others via sharing of utensils, food, toothpaste, kissing, etc... For those people that are not an HSV-1 carrier, Permanent Makeup lip procedure cannot give you
Post a Comment
Read more